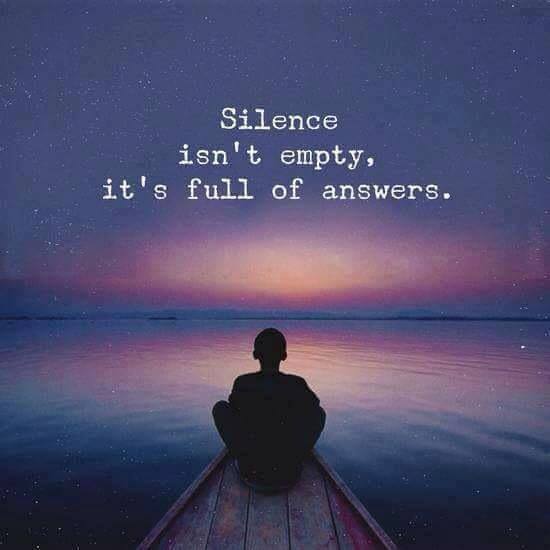 Lately, I’ve noticed a trend in the people I talk to. Many of them are afraid of silence, or perhaps better it’s said that they are afraid of the power of silence. I can literally see sheer terror wash over their faces when I ask them to try an exercise in silence.  The mere thought of turning off the television, music, cell phone, or computer and just sitting in silence puts the fear of God in people.

Now we tend use that term lightly – to put the fear of God in someone.  But when you sit in silence with the intention of facing your fear demons, you are most definitely experiencing the fear of God.  The old “gods have become diseases”, Jung used to say. And by diseases he meant that the gods have become neurotic symptoms – symptoms such as pathological anxiety, depression, phobias, obsessions, and so forth. Those same old gods are also behind people’s fear of silence.

Jung also said that anxiety, depression, and the other aforementioned symptoms are substitutes for real suffering. The real suffering is at the core of those symptoms.  In order to get at that real suffering, you have go within and follow your symptoms to their source.  And you just can’t do that amidst the noise and confusion of the external world.

Table of Contents - Jump to Section

The Power of Silence and Fear 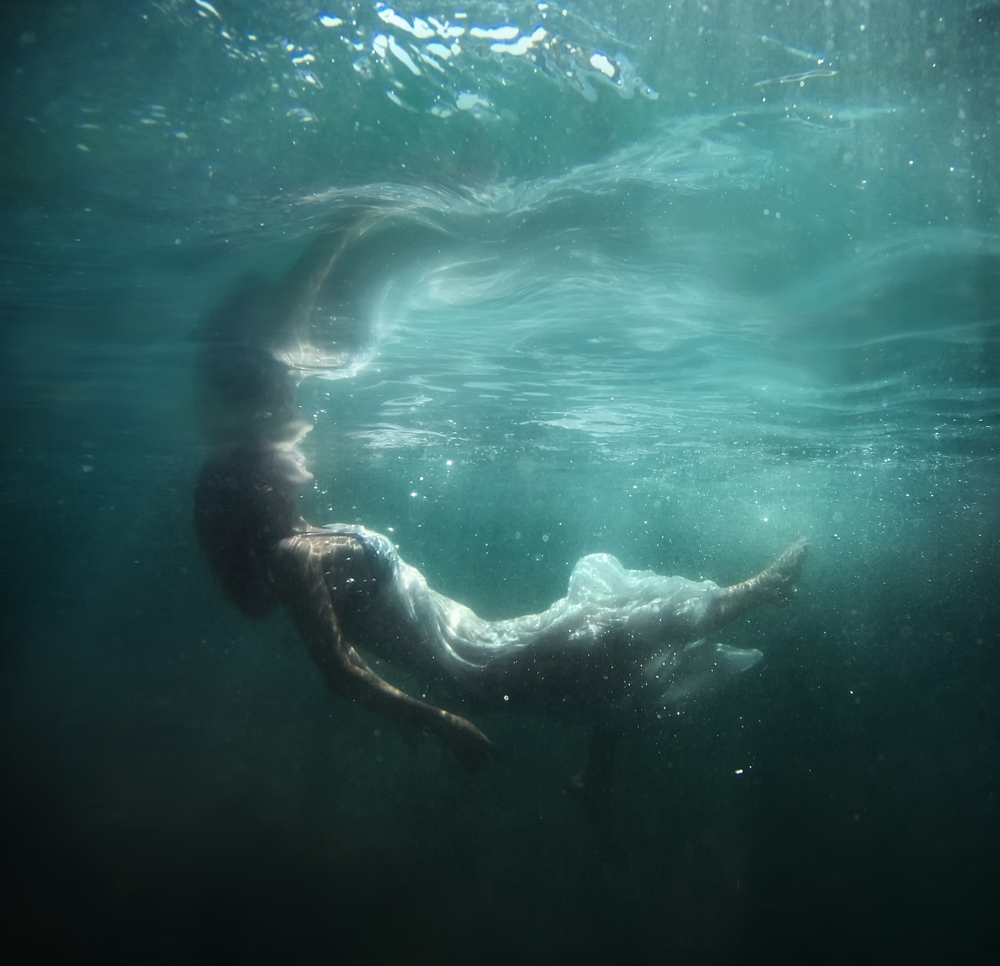 I remember the days when I was afraid of the power of silence.  Long before the internet, it was cable television and music that kept my mind occupied.  Driving in a car without music was absolutely unthinkable. And being at home without the television on was also unimaginable.

During that time of my life, I suffered from an almost debilitating generalized anxiety disorder and primary insomnia, along with intermittent bouts of panic and depression. I hated getting into the bed every night because that’s when the real terror struck me. Needless to say, I smoked a lot of marijuana in those days because it helped me sleep at night.

The second I shut everything down, I could feel the tension mounting within me, followed by a rush of negative thoughts, painful memories, and existential fear. It took me a really long time before I finally surrendered to that fear, but I did it. I just let it all wash over me – the fear, the pain, the worry – and all of the suffering washed in with it.

One by one – in the silence – I rode every wave of thought and emotion down to its core.

The power of silence and the sublimity of suffering

It was a crazy ride, but every time I got to the root of my symptoms and touched my real suffering, the experience of that raw pain was sublime.  Now what do I mean by sublime? Before I go into that, let me tell you about a strange experience I had, long before I understood the word sublime.  I was watching the movie Baraka. It’s one of those documentaries without narrative or voice over.  The film portrays themes of life and human experience through imagery and music. There was one unsettling sequence, shown in conjunction with the music of Lisa Gerard.  Though painful to watch, I was held in absolute arrest.

The suffering depicted here is  … ?  Indescribable.  To say anything about it is to take away from it.   At the time, I had no word for for the experience I had while watching that play of imagery.  I was still young and naive and very caught up in right and wrong.  Nonetheless, I was utterly captivated. All I can say is that I saw and heard something in that play of imagery and sound.  Something exquisitely just so about nature of Life.  I saw that just-so-ness playing itself out, beyond time and space, untouched by any moralistic judgement of what I was seeing.  In that moment, I understood Life’s horrendous nature as something that is just a part of it.  This is an experience of the sublime.

I heard the best description of the word sublime in the famous Power of Myth interview between Bill Moyers and Joseph Campbell. They were talking about aesthetic arrest and epiphanies. Here’s the clip from that interview:

Here’s part of the quote from Joe:

The aesthetic experience is a simple beholding of the object. Joyce says that you put a frame around it and see it first as one thing, and that, in seeing it as one thing, you then become aware of the relationship of part to part, each part to the whole, and the whole to each of its parts. This is the essential, aesthetic factor — rhythm, the harmonious rhythm of relationships. And when a fortunate rhythm has been struck by the artist, you experience a radiance. You are held in aesthetic arrest. That is the epiphany.

An epiphany is a moment of sudden great revelation or realization.  A lot of people confuse the meaning of epiphany, as in the case of Bill Moyers during that interview.  Joe said that you could have an epiphany about monstrous person or situation – that you could be held in a sort of aesthetic arrest by it.  Bill vehemently disagreed and then incredulously questioned, “Beauty is harmony… How can you behold a monster and have an epiphany?”

This is the point of what I’m getting at here.  Many people have had horrendously, monstrous life experiences. If you are one of those people, there is a way through it all.

The mindtrap of dualistic thinking

I am sure that many people see the world the way Bill Moyers did back then.  But I can tell you from experience, this is a very naive frame of reference. If you get caught up in that self-righteous naiveté then you are going  to go through life accepting some situations and rejecting others. When you do this you fall into the dualistic trappings of right and wrong, good and bad, and pleasure and pain. You’ll spend your life attaching to pleasure and avoiding pain and suffering.  And pain and suffering are an existential fact of Life.

Joe’s answer to Bill’s innocent argument was poignant, so I’ll quote it here.

There’s another emotion associated with art, which is not of the beautiful but of the sublime. What we call monsters can be experienced as sublime. They represent powers too vast for the normal forms of life to contain them … By a monster I mean some horrendous presence or apparition that explodes all of your standards for harmony, order, and ethical conduct.

Something about that scene in Baraka changed the way I looked at suffering.  I realized that I had to go into the depths of my own suffering and somehow find that sublime quality of it.  It was necessary because I had get at that bigger picture of my life. I needed to see each part and its relationship to the whole of my being. This is what I encourage when counseling my clients. We have to find the source of the symptoms.

The power of silence and the inward journey

The first step of the journey into the power of silence begins with learning how to stop the noise and engage ourselves. In order to that, we have to become conscious of our unconscious daydreaming and distractions. Unconscious daydreaming is when we are unconsciously drawn inward, for example while driving or taking a train.  Sometimes, we don’t even recall the journey because we were mindlessly engaged in some internal dialogue or fantasy.

We can also be unconsciously drawn outward into the world of meaningless externalities. For many, the external world is irresistible. No one seems to notice the grip that this world has on them.  People get into their cars and immediately turn on the radio or music.  They are sitting on the trains or even walking down the streets looking at their phones or texting.  When they get home they mindlessly grab the phone, turn on the television, or get on the computer.

Everyone seems to be always plugged-in to something.  People are so bombarded with distraction that they hardly even notice that their distraction is suppressing what’s best in them.  But the empty expressions on their faces show it so clearly. In the poem Burnt Norton, T.S. Eliot captures this haunting image of our modern world:

People need the external noise in order to avoid or escape the internal noise that might come through. I think we all know that behind the internal noise there is really nothing but a deep pool of Silence. What people do not realize, however, is that it is an Eternal pool of Silence. This is a Silence from which we all came.  And it longs for us to return and plunge right into it. It is as though this Silence is something that most people cannot bear to think of, much less take the time to go there and consciously experience it.

Words, words, do not make too many words. Be silent and listen: have you recognized your madness and do you admit it? Have you noticed that all your foundations are completely mired in madness?C.G. Jung

If we can bear to just stop for a moment and actually sit with our need to constantly do something and instead simply allow the energy of need itself to become something tangible, we may discover that this need is actually reflective of Something real in us – perhaps even the only thing that is real in us. Here again we return to the perennial idea that within all of us, there is an eternal ground of Being that continually calls us back to it through even the simplest of our desires.

The Power of Silence

If we can catch ourselves in the act of wanting – to pick up the phone, turn on the television or the music, or feed our bellies when they are not really hungry – and just sit with the energy of the desire itself, we can feel the same energetic pull that I mentioned earlier. Not many people take the time to stop and reflect on just what it is that they are trying to escape from or what need they are really trying to fill.

If you care to continue following the hidden pathways of even your simplest desires, you will eventually find yourself in the midst of your innermost desires such as the pursuit of money, power, recognition, or acknowledgement.

And if you keep going beyond those you will see that all of it comes from the same place.

People can’t bear to be alone with the utter emptiness within themselves.  As a result, they pass off their desires as “simply this” or “simply that.” Men and bits of paper whirled by the cold wind never realizing just what it is that they are missing. If only people knew that emptiness is exactly what we need to experience if we are to discover anything lasting or anything real in ourselves. What lies between our desire and our satisfaction is something so utterly profound that most people cannot stand it for too long. It’s called longing. If we can turn to really face our longing, we will find buried treasure – buried treasure which will fulfill our every desire. 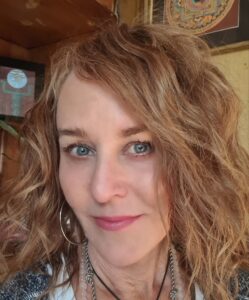 If you’ve made to this blog, then you are seeing it in its early stages.  I’m re-working some of my older material in order to bring them up-to-date. Please excuse any glitches for the moment.

I’m an American expat living in Zurich, Switzerland. I’m in the final phase of my intensive training for Jungian Analysis.

My academic background is in Educational Psychology and my further studies led me into Comparative Mythology and Religion, and then, straight to the work of C.G. Jung.

For face-to-face counseling in Zurich, you can reach me at: 079 821 67 65 or through email at jesamine@realdreaminterpretation.com.  I am also available through Skype worldwide.